On May 9 I had the pleasure of singing on the Concert of Compassion to benefit Ukraine refugees. I sang a setting of Hildegard von Bingen’s antiphon to the Virgin: O Frondens Virga which I’m sure many of you know. This arrangement is by the American composer, Missy Mazzoli and is scored for voice, cello, and electronic drone. You can view the edited livestream video by clicking HERE. 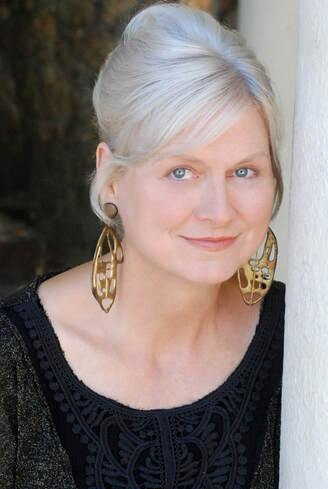 Karen's California debut came in 1990 with her performance in a reconstructed medieval Passion in the first Berkeley Early Music Festival. Her portrayal of the anguished Maria Mater brought accolades from The New York Times, "The most striking performance was with Karen Clark. With minimal vibrato and malleable tone, Ms. Clark showed an astonishing range of expressive subtlety, carrying the listener rapt." Soon after, Karen relocated to the San Francisco Bay Area where she founded the women's ensemble, Vajra Voices, provided vocals for Garrett Moulton Dance Productions, and designed and directed several projects, such as, Eve of the March — with Kitka, Shira Kammen, and Theresa Wong— in Grace Cathedral. Vajra Voices recording, O Eterne Deus: Music of Hildegard von Bingen is called "Lovely, thoughtful, and inspiring, and the most convincing Hildegard disc I’ve yet heard from the USA." (Choir & Organ Magazine).

In new music, Karen Clark has premiered and recorded several works for contralto and the baroque version of the string quartet with The Galax Quartet— which features viola da gamba, Roy Whelden; cello, David Morris; and violinists, David Wilson and Elizabeth Blumenstock. Their ever-expanding repertory includes song cycles on poems of the Pulitzer Poet, Gary Snyder by composers Fred Frith (For Nothing), Robert Greenlee (Geese Gone Beyond), W.A. Mathieu (For All), Robert Morris (This Bubble of a Heart), Ka Nin Chan (Journeys), and Roy Whelden (Han Shan Songs). The Galax Quartet and Karen Clark have also commissioned and premiered works by David Aaron Jaffee (Eight O's in Wooloomooloo-- on a text of Mark Twain); and, most recently the Pulitzer and Grammy-Award winning composer, Joseph Schwantner's Dream Drapery— Songs on Thoreau.
Click below to hear samples and to order this CD:
Dream Drapery— Songs on Thoreau
​On Cold Mountain: Songs on Poems of Gary Snyder
O Eterne Deus: Music of Hildegard von Bingen
also available on Apple, Spotify or from your local record store!